Image manipulation is cool: you can see the result. And people generally like to somehow enhance their pictures. Instagram is now a standard, but before it people were already altering photos to create pop-art like pictures or to enhance their colors. Go check 500px and you'll see that the amount of pictures that were digitally altered is huge.

If you've been working with computer software, you must have seen colors being described in terms of RGB values because the additive primary color model is just like what the computer screen ends up using.

But what's a nice model to use for display technology purposes is hardly the most intuitive model for playing around with pictures. Sure that if you've been using image editing software or doing some kind of web development, you've probably grown accustomed to the RGB model and you probably read #FF0000 as "solid red". That's OK.

However, the HSL model is a lot nicer for some image operations. Instead of expressing the colors in 3 dimensions that are about the amount of a primary color, this model represents colors in terms of:

How do these dimensions help us? Depends on what you're doing. Making a picture gray scale? Just set saturation to 0 everywhere. Want to make it feel lighter or darker? Just play with lightness and leave everything else as is. You can do all that in the RGB model, but it's usually less intuitive.

Even if you feel like you've spent too much time understanding one color model to get interested on another, note that HSL is much easier to learn because it's more related with the way that we, humans, perceive colors.

To show these effects, let's start with Lenna, because she's a standard. 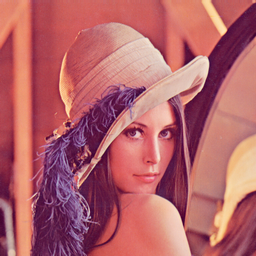 I'll describe how to use these algorithms using Python with the Python Image Library (PIL) and the colorsys package (which is part of the standard library).

We'll also need a piece of boilerplate code to help us with loading images and storing some relevant attributes (such as dimensions), some functions to help with the conversion from RGB to HSL and back to RGB (because we'll be manipulating the image in HSL but PIL only talks RGB).

Now it becomes trivial to do things such as...

And the output is similar to the color palette of a CGA display. 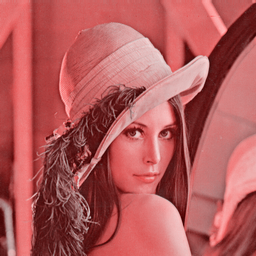 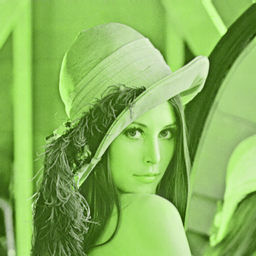 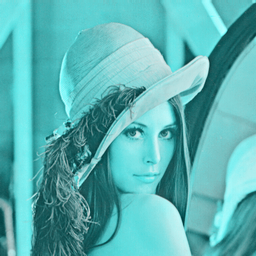 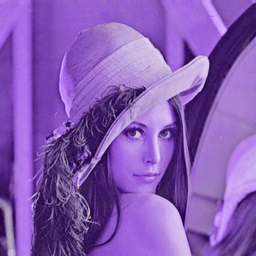 For extra impact, we may also increase saturation. 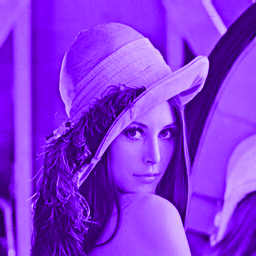 Increasing relevance of a single color

We can increase the relevant of a single color by dimming all other colors, and we can easily do that by reducing their saturation. The formula is simple: the more distant a pixel's color hue from our target color hue, the more we'll reduce the saturation.

We can use the above function hdist to get how distant the pixel hue is from ours. Since the hue space goes from 0 to 1 and wraps around, the maximum distance is 0.5. If we double the result from hdist we'll have a number ranging from 0 to 1 that represents the distance to our target color. Having a number between 0 and 1 is great because it means that we can use this number directly as the saturation value or use it as a correction coefficient by multiplying it with the current saturation value. 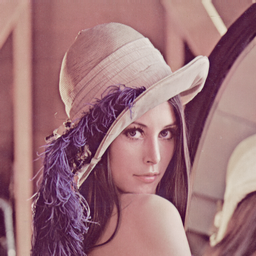 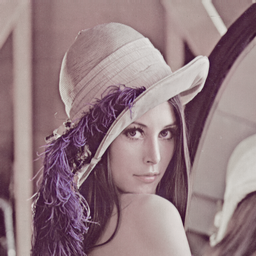 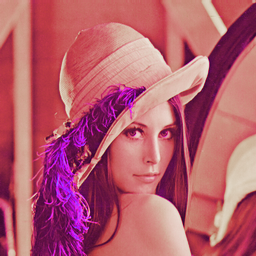 Linear correction, Quadratic correction and Linear replacement respectively. You should be able to see the original image by hovering the mouse or tapping on any of the images.

As you can see, blues are mostly kept while all other colors fade. This makes them more noticeable.

We can easily get a Predator-like vision by using lightness directly as hue, with full saturation. 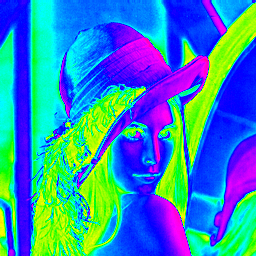 We can also simulate a Terminator-like vision by switching everything to red hue, using full saturation, and putting lightness to its extremes — making everything light lighter and everything dark darker.

The trick here is to always use smooth corrections for lightness. If we just did something like 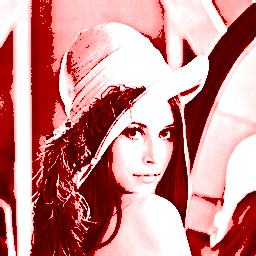 In order to overburn lightness smoothly, we can use a S-curve function such as an adaptation of the Logistic function. Our resulting code could then be something like 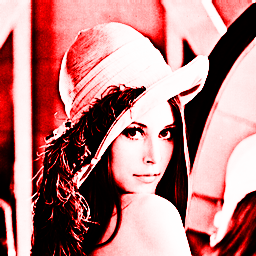 By rotating the hue value, it's trivial to create a rainbow. 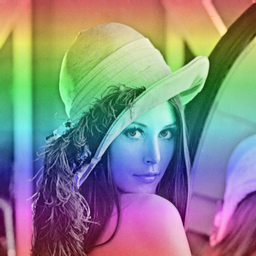 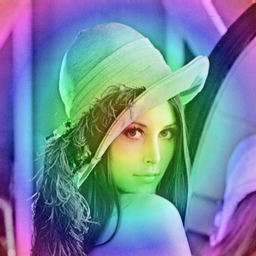 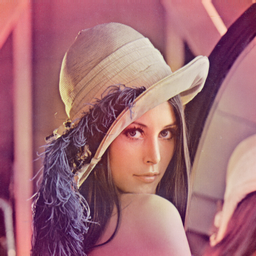 By merging the radial rainbow with the original colors, in this particular case, we end up with both a subtle aura and heterochromia iridum.

Any of the presented effects is more intuitive to create when operating in an HSL space than when operating in the RGB one. Unfortunately due to the popularity of the RGB notation, especially in web development, people seem to forget that other color systems exist, including ones that may be more appropriate to create whatever effect they need.